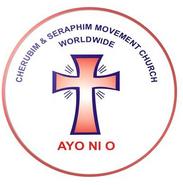 The first thing to be said about the Cherubim and Seraphim Church Movement is that, it's beginning was done by adherents who tenaciously believe that Moses Orimolade founded the church and that they must stay loyal to his ideas and principles of worship.

The Cherubim and Seraphim history appropriately begins with Saint Moses Orimolade Tunolase and for years, the Organization became riddled with jealousies, disputes and breakaway characterised by splinter groups going their different way.
But, the urge to remain far away from controversies, disputes and the trivialities which hinders progress lead to the formation of the Movement church on November. 1927, when a group comprising of late Nathaniel E. Coker, S.A Adekoya, S.O. Kalejaiye, E.O Ajayi; D.A. Aina; C.A. Shofarasin and Joseph T. Agboola started worshipping at a residence belonging to one Mrs Adebiyi (known then as Mama Ondo) Ibadan Street, Kaduna. The church was increasing which lead to two groups, One faction moved to Jos road in Madam Aina's   led by Mrs Adebiyi and the other by Pa. Adefowope who had a fairly large number of followers. The group lead by Pa. Adefowope worshipped in his house at plot C. 14 Kabba Road, while special Apostle Adegbite acted as the Leader in Charge.

In 1937, a proposal to choose leaders of the church Movement was received from Pa. Adefowope during a hill prayer and according three elders, J.T. Agboola; S.A. Adekoya and S.O. Kalejaiye were unanimously chosen and prayers were offered for them.
In 1940, by God's design, an Elder N.E Coker, an experienced coordinator became the first Baba Aladura of the Holy Order of Cherubim and Seraphim Church Movement. Pa Coker initiated the 40 days lent period. During this tenure, the Saturday Watchnight services was held fort-nightly.

In 1941, membership stood at about seventy (70) people and by June same year, plots were secured at H.H. 3 & 4, Katsina Road, Kaduna. In 1942, construction work began for the church building with mud-bricks. The roofing sheet was purchased from Ibadan by one Mr. Abiara, a carpenter employed from Ibadan. It was at the meeting held on the 11th November, 1941 that Kaduna was pronounced as the Headquarter of Cherubim and Seraphim Movement Church of Northern Nigeria. The Conference discussed various issues affecting CSMC and also passed a motion authorizing the drafting of a constitution to guide the operation and administration of the church. At the Conference held on 22nd November, 1949, the fundamental principles among which are to pursue a Christian crusade in which the name of God will be glorified became the first principle. According to the constitution, the activities of the CSMC shall be confined to the Northern provinces of Nigeria. But it holds itself bound to make earnest efforts for the visible unity of several branch societies. The constitution further stated that Kaduna shall be the headquarters and the seat of the special Apostle who shall be the administrative head of the church.

The CSMC has her foundation established on six basic principles namely:

Members of the Cherubim and Seraphim Church on transfer to Jos, Minna, Zaria, Kano and other towns in the North established branches there. Elder N.E. Coker became the first General Overseer (Baba Aladura) of the Holy Order of CSMC of Northern Nigeria.
With the civil strife of 1966, the Northern Conference as it was then known spread to the South-West. Consequently, branches were set up in Kwara, Lagos, Ibadan, Osogbo, Ogbomoso, Ile-Ife, Benin-City, Port Harcourt, Enugu, Asaba, warri and a host of other towns. The Church has improved the drive for membership and presently, for administration convenience, there are Districts across Nigeria and Oversees.
The CSMC has spread overseas – arriving London in 1965, USA in 1976, Italy in 1981 and the Western Germany in 1987.

THE ARRIVAL OF CHERUBIM AND SERAPHIM MOVEMENT CHURCH.